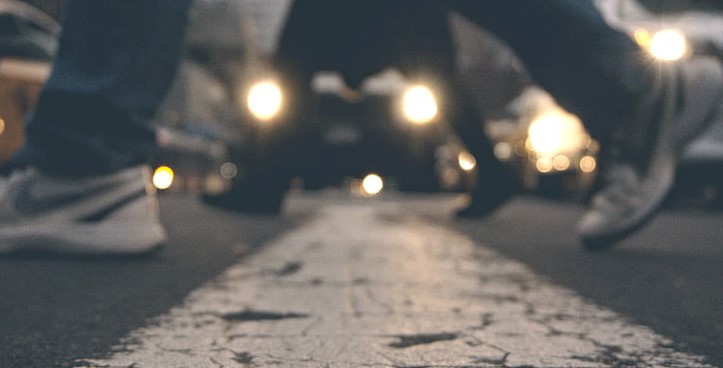 Public space is what keeps city life going, claims Ibelings, and the pandemic underlines how essential it is for our social life. The lockdowns have robbed us of those casual encounters in public space, and the part of our social life that simply happens every day, unplanned, accidentally, and without anyone paying too much attention to it: the pleasure of anonymous proximity to other people, the random small talk, the brief eye contact.

Dutch writer Bas Heijne recently noted he had not read any ‘think piece’ about the pandemic and the post-pandemic future contradicting any of their authors’ preconceptions: ‘The anti-globalist will soon see the world become very local again, the anti-capitalist will see the virus handing the final blow to neoliberalism, the haters of populism will suddenly see the end of populism, the community thinker will see a new sense of community emerge. [….] I have not seen anyone who saw their worldview overthrown by the pandemic.’1

Heijne’s words serve as caveat against the confirmation bias behind presumptuous speculations how the pandemic will change the world. I am trying to refrain from predictions, and will put it right out there: my bias is that I am inclined to consider public space as what keeps city life going. And for me, the haunting view of deserted streets during this Great Pandemic underlines how much our lives are entangled with public space. Despite ‘this will kill that’ laments of how the smart phone and social media are supposedly detrimental to real-life sociality, the pandemic reveals most of all how essential public space is for many people’s social life.

There is some disagreement whether lockdowns and stay-at-home orders should be called physical distancing, instead of social distancing. But it is clear that physical distancing profoundly disconnects us socially. Perhaps not so much from our relatives, friends, and colleagues, whom we call, zoom, skype and facetime as a surrogate for in-person contact. Rather, the lockdowns have robbed us of those casual encounters in public space, and the part of our social life that simply happens every day (or to be exact: happened) unplanned, accidentally, and without anyone paying too much attention to it: the pleasure of anonymous proximity to other people, the random small talk, the brief eye contact. In short, as architect Peter Smithson has put it more than sixty years ago, the ‘feeling that you are somebody living somewhere’.2 Whether it shows my bias or not, the general longing for a post-pandemic rapprochement is an indication for me of the vital necessity of this fleeting collective life in between buildings.

Needless to say, like nature life between buildings consists of a variety of ecosystems. Public spaces, their design and use, differ from culture to culture, and are affected by many factors, ranging from political system to climate, and from social to economic circumstances. In addition, there are intrinsic differences between the main square of a town and a thoroughfare in a city, between a shopping street and a neighbourhood park. Which brings me to another bias of mine, the conviction that there is a specific European-ness to public space in European villages, towns and cities. Everywhere in the world one can find two kinds of urban public spaces at the opposite ends of the spectrum: on the one hand the official ones, usually a monumental square in front of an equally monumental building, used for exceptional occasions; and on the other the multitude of informal places where people meet all the time, like a street corner, a sidewalk in front of a row of shop, an intersection. Europe has both of these types of public spaces but actually excels in a third category: of parks, streets, squares, pockets, which are designed with the same care and attention elsewhere reserved for the official public spaces, while being intentionally part of everyday life. They are well-planned but without too much curation or prescription.

This third type is lacking in ‘The Great Empty’, a special photo section the New York Times published the end of March. It portrayed public spaces, indoor and outdoor, from around the world, from Seoul and São Paulo to Munich and Moscow. All of them were almost or completely devoid of their usual human life and activity. These images convey the slightly misleading message that the Great Pandemic has a similar impact everywhere. Even if all these public spaces were pictured empty, what is absent, beyond human presence, is not always the same. An empty Place de la Concorde in Paris — the cover of the newspaper section — is depleted of the predominantly anonymous one-off collectively of tourism and traffic, whereas Milan’s Alzaia Naviglio grande is currently lacking their habitual, and more intimate kind of collectively. In places which are not in complete lockdown but with stay-at-home advices, it is reassuring to see humanity’s resilience in the reinvention of social spaces, even with 1.5 or 2 metres precautionary distances. Everywhere one sees people reconquering streets from the cars and repossessing sidewalks, simply to be with others. Yet, what is happening now is not anywhere near Jane Jacobs’s proverbial sidewalk ballet. Unfortunately, it rather resembles a long, and plotless theatre play, along the lines of ABBA’s ‘The day before you came’.

In 2000 Daniel Kahneman, of Thinking, Fast and Slow-fame, co-edited Choices, Values and Frames. In one of the chapters he wrote, ’Evaluation by Moments: Past and Future’, Kahneman concluded that ‘retrospective evaluations of affective episodes are strongly influenced by the affect experienced at singular moments, notably the moment at which affect was most extreme and the final moment.’ Put differently, this so-called peak-end effect means that we remember episodes through their worst or best moment, and their end. It is indeed easy to recall such singular experiences, and the abrupt end of our care-free enjoyment of public space. Looking back, memories of public space as we knew it, are easily erased by the recollections of the peak and the end of the pre-pandemic episode, obscuring the deeper value of public space as the environments where life take place mostly uneventful.

The current situation also makes clear that public space in itself has little value without the connections to its urban ecosystem, of public transportation, libraries, schools, offices, and most of all, the commerce that animates it on street level but is so easily taken for granted: shops and stores, restaurants, hairdressers, banks, markets, bars and cafes. It drives home the truth that a park is less attractive when there is nobody to sell you a coffee or ice cream; that a street is lifeless if nothing is open for business. Shutting down public life has a dramatic effect on the economy, but, conversely, shutting down the economy has in many places taken away the mundane pleasure of being someone, somewhere.