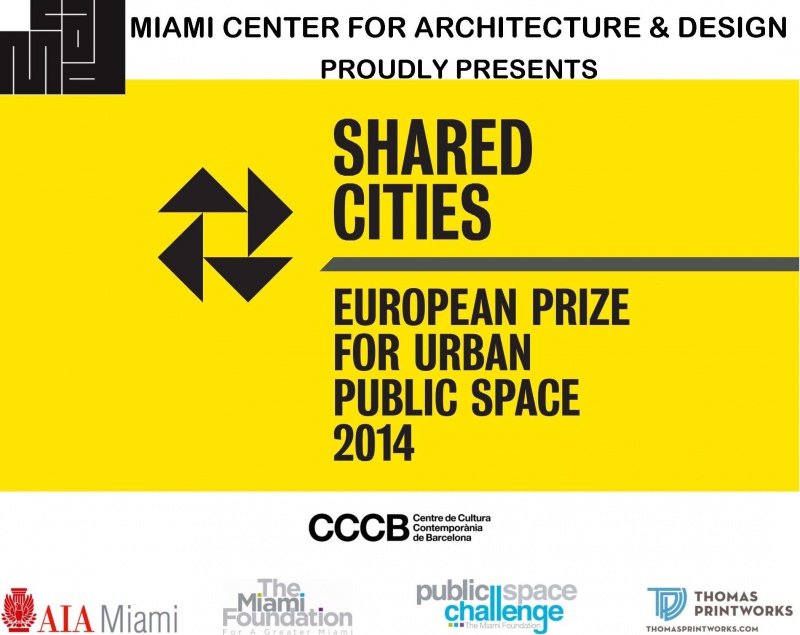 
On Friday, June 18, from 18:00 to 21:00, took place the opening ceremony of the exhibition "Shared Cities" in Miami, Florida. The exhibition has already been seen in several European cities, including Barcelona, ​​Bordeaux, Helsinki and Szczecin. Now it makes its first appearance in the United States hosted by the Miami Centre for Architecture and Design.

In order to link the local context with the exhibition, the four finalists of the contest Public Space Challange 2014  will also be displayed. This prize, organized by the Miami Foundation, looked for interventions in public space that helped improve the quality and contribute to the democratic life of the cities.

The displayed cases are "Bayskate Miami" (an initiative of Free Skating and music in the city), The gardens in the neighborhood of La Paloma, "Bike repair stations" - installations in public space to repair bicycles and facilitate mobility with this vehicle - and "Lively Steps" initiative himself Centre of Architecture and Design consists of concerts on the stairs entrance of its building every Friday afternoon.

Cheryl H. Jacobs, Executive Vice-President of AIA Miami gave address at the opening, attended by eighty visitors, and Stuart Kennedy, Senior Programs Officer The Miami Foundation presented the competition Public Space Challange. In addition, the Centre is preparing parallel activities to the exhibition for July: screening of the the documentary "Europe City" and panel discussion on public space.