“The city only exists for those who can move around it” 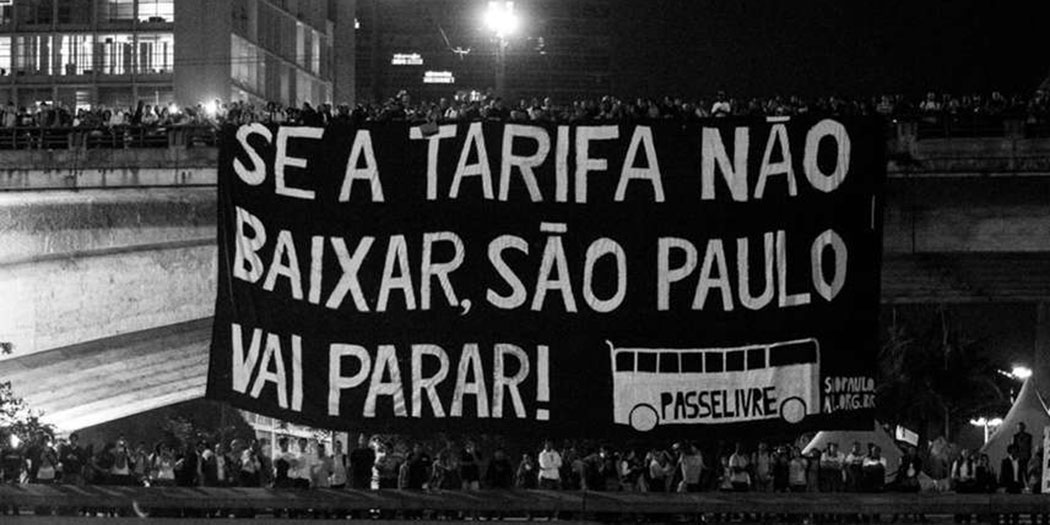 Anthropologist Teresa Caldeira offers on Kafila.org blog valuable keys to interpret the recent demonstrations, framing them in the issue of mobility.

The blog Kafila.org, a collective space for committed political critique covering a wide range of contemporary issues, has just published a text in which Teresa P. R. Caldeira offers valuable keys for interpreting the protests which have been filling Brazilian streets since June. An anthropologist and specialist in spatial segregation and social discrimination as seen from the standpoint of urban form, Caldeira has published City of Walls: Crime, Segregation and Citizenship in São Paulo (2000) and Democracy and Walls: New Articulations of the Public (Breus, 2008), as well as writing some articles which can be accessed in our Library. Like other writers, Caldeira emphasises the relationship between the mobilisations and urban issues, understanding the former as a renewed wave of demands for the right to the city.

However, she also draws on her deep knowledge of São Paulo and, in order to explain recent events, inquires into the long-standing urban phenomena that are peculiar to the city. Without denying the interconnection between the demonstrations that have occurred around the world since the Arab Spring, Caldeira examines the particularities of the movement in the Brazilian megalopolis and situates them in the context of difficulties related with mobility. Beyond the fact that demonstrations were triggered by the administration’s attempt to raise public transport fares, Caldeira goes further in explaining that the protests are the result of widespread exasperation, which has been mounting for years, over the difficulties of moving around a highly congested city with more than eleven million inhabitants and five million cars.

In this sprawling city where the great distances separating the centre from peripheral areas mean that people must live far from their workplaces, it is no accident that the Movimento Passe Livre (MPL - Free Fare Movement) – which first appeared at the Port Alegre World Social Forum in 2005 as a claim for completely free public transport – should have so quickly gained momentum. Indeed, “the city only exists for those who can move around it”, as many artistic and cultural productions of young people in the fringe areas of the city express. Caldeira describes how, by means of manifestations such as graffiti, pixação, (tagging), rap, break dance, skateboarding and parkour, young people in the peripheral areas have long been demanding the right to move freely round the city. Now, when they coincide with members of the middle class at the mass demonstrations, it would seem that these young people are the veterans and, when they see placards celebrating the idea that “the people have woken up”, they retort “the periphery has never slept”.

[São Paulo: The City and its Protests, article by Teresa Caldeira in Kafila.org]

«You awoke now, the Periphery has never slept» (kafila.org)