The Architecture of Cooperation 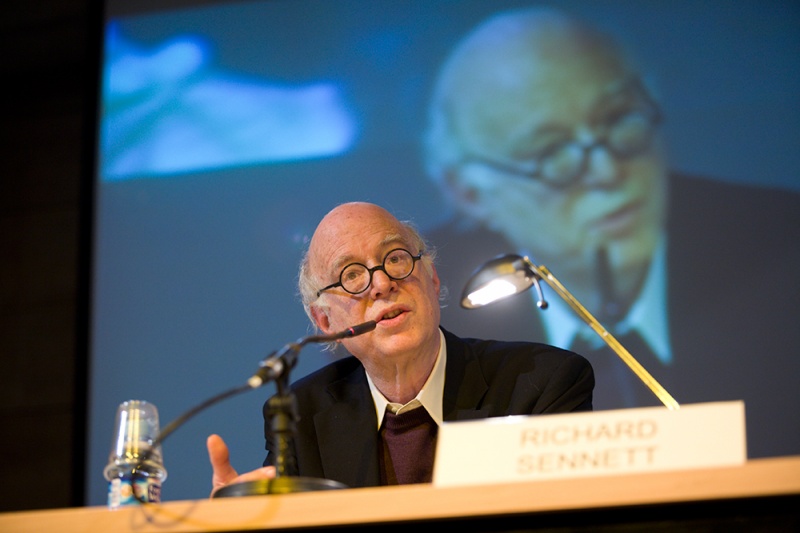 A lecture given by Richard Sennett on the occasion of the publication of his most recent book.

The American sociologist Richard Sennett has recently published the book "Together: The Rituals, Pleasures and Politics of Cooperation", the second in the trilogy Homo Faber in which he explores how we create social relations and a sense of culture on the basis of material facts.

While the first book, "The Craftsman" (Yale University Press, 2008) – published in Spanish as "El artesano" by Anagrama in 2009, is concerned with the importance of craftsmanship in all kinds of work, from ancient trades through to the new technologies, and its implications in social life, the new book deals with cooperation as a key resource for coexistence.

Richard Sennett discusses his new book in the lecture “The Architecture of Cooperation” given at the Graduate School of Design at Harvard University. Cooperation is a particularly complex subject but also equally important in the context of the contemporary cities in which we live in close proximity with other people and yet more isolated than ever. Living with strangers or people who are different from oneself in whatever sense – racial, ethnic, religious or economic – is one of the great challenges presented by contemporary society. Sennett suggests that cooperation, a capacity that may be worked on and developed, could be a tool for overcoming these difficulties. In this lecture, he stresses the relationship between human coexistence and urban planning and how designing spaces in the city can help to encourage cooperation among its inhabitants.

With this second book, Sennett prepares the reader for the third volume, which is concerned with the city and how to produce a good urban environment.