“The Possible City: From Urban Planning to Democracy” 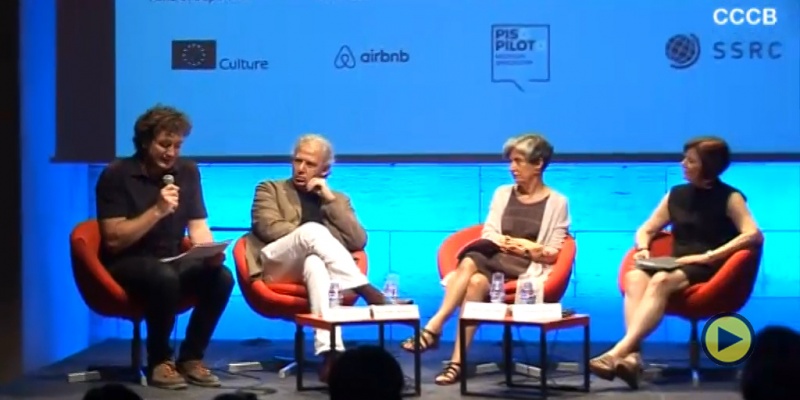 Richard Burdett, Teresa Caldeira and Diane Davis talk about different realities in urban planning to combat inequalities They all stand out the point that it is necessary to turn urbanism to a more open, wide and democratic process.

The sociologist and geographer Diane Davis, the anthropologist Teresa Caldeira and Richard Burdett, Professor of Urban Studies at London School of Economics, visited the Centre of Contemporary Culture of Barcelona (CCCB) on 3 July 2015 to take part in the debate “The Possible City: From Urban Planning to Democracy”, which was moderated by the architect Josep Bohigas. This was the second debate in the cycle “The Possible City”, which was jointly organised with the Social Science Research Council of New York. The first debate, “What Is a Decent City? Polarities of Pragmatism and Utopia”, had taken place the previous day with Richard Sennett and Ira Katznelson as the two speakers.

Diane Davis reviewed the consequences of modern policies in Latin America which, she believes, “laid the socio-spatial foundations for chronic urban violence”. She went on to say that, while not ill-intentioned, academic ideas from the United States clashed with the reality of Latin America, so that, “The problem is less the philosophical conceptualisation of the larger utopian ideals of modernism, or even the closed building forms and more land uses, than the changes in land uses they produced”. In order to remedy the situation, Davis suggests a return to macro-scale planning involving planners, governments, populations and a range of other agents.

Teresa Caldeira, the next speaker, described how, over the past twenty years, urban planning policies in Brazil have advanced in the direction of becoming a democratic instrument, which she describes as being, “one of the best examples of the efforts of citizens to make planning work for democracy, and democracy to work in the spaces of the everyday to counter entrenched social inequality”. She then drew attention to transversal initiatives at various institutional, collective and participative levels as a key factor in this democratisation and described how, in the beginning, low-income migrants in the peripheral areas of cities became political actors although, at present, there is also a broader participation of the elite who uses this participation to try to enlarge some of its privileges.

The last speaker, Richard Burdett, talked about urban planning in London. He explained how the capital of the United Kingdom has always had a certain structure in its spaces and stated that the best instrument for “making a city democratic is the street”. He also discussed efforts being made in urban planning in London, especially in the more depressed areas, to combat differences in quality of life, which he described as being “on a continental scale”. He gave as an example work carried out on the occasion of the 2012 London Olympic Games, which renovated a large area that had fallen into disuse as a result of deindustrialisation.
Translation: Julie Wark