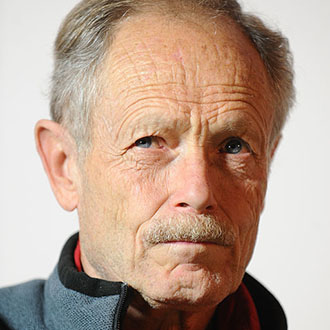 (Naples, 1950)  Leader of the far-left movement “Lotta Continua”,  he only embarked on his literary career at the age of forty when, almost by chance, Feltrinelli published his book Aquí no, ahora no (Not Here, Not Now, 1989), in which he evoked his childhood in Naples. Prior to this and until 1966 he was a factory worker and construction labourer. He also worked as a driver for humanitarian aid convoys in the Yugoslav Wars. He is considered to be one of Italy’s foremost writers today and has published more than sixty works, which have been translated into the main European languages. Some have appeared in Catalan and Spanish, most recently El pes de la papallona (Bromera, 2011; in Spanish, Siruela, 2011 – The Weight of the Butterfly), Els peixos no tanquen els ulls (Bromera, 2012; in Spanish, Seix Barral, 2012 – Fish Don’t Close Their Eyes) and El crim del soldat (Bromera, 2013; Seix Barral, 2013 – (in English) The Crime of a Soldier). Another novel, Història d’Irene (Bromera, 2014 – Story of Irene), is about to appear in Catalan. He also translates from Hebrew and Yiddish into Italian, with books from The Bible featuring amongst his most important translations. He writes for the dailies La Repubblica and Il Corriere della Sera, with articles on subjects ranging from politics to mountain climbing, which is one of his favourite pastimes. Besides his literary works, he has written screenplays for the films Di là del vetro (Andrea di Bari, 2012) and The Nightshift Belongs to the Stars (Edoardo Ponti, 2013). He has been awarded the France Culture, Femina Étranger and Petrarch prizes.