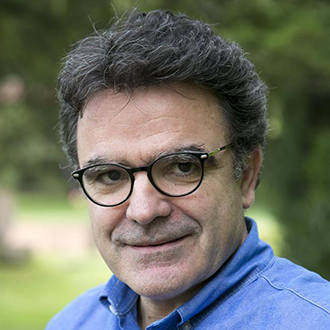 Rafael Vilasanjuan has been Director of ISGlobal’s Policy & Global Development area since March 2011. Deputy Director of the Centre for Contemporary Culture of Barcelona (CCCB) from 2006 to 2011, he worked for over 12 years with Médecins Sans Frontières (MSF), starting as Communication Director in 1995 and later as General Director of the Spanish section of MSF. In 1999, when the organisation was awarded the Nobel Peace Prize, he was appointed General Secretary of MSF International, organizacion in which he worked until 2006. During this period he worked in conflict zones such as Afghanistan, Chechnya, Somalia, Sudan, West Africa, the Democratic Republic of Congo, Colombia and Iraq. As General Secretary of MSF, he was a founder member of the Drugs for Neglected Diseases initiative (DNDi), which develops and delivers new drugs for diseases in developing countries. Mr Vilasanjuan still collaborates with the DNDi. He has also participated in observatory missions with the National Democratic Institute, monitoring electoral processes in the Middle East. Mr Vilasanjuan is a journalist with a degree in information sciences from the Autonomous University of Barcelona. He has a weekly opinion column on international affairs in El Periódico and contributes weekly as a political affairs analyst on the morning news programme on the leading radio station in Spain (Cadena SER) and on the leading news programme on TV3, Catalonia’s autonomous television network.