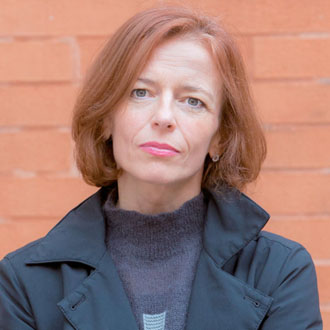 An architect and lecturer at the University of Ljubljana where she studied Architecture an obtained a PhD, she also has a master’s degree from the University of Helsinki and was a postdoctoral researcher with a Fulbright scholarship at Columbia University, New York. She is co-founder and director of Zavod ARK Institute for Architecture and Culture, a non-profit-making institution concerned with matters related to architecture, design, and the cultural domain in general, which she opened 2003 together with Jeff Bickert, Aljoša Kolenc and Maks Soršak.

She is the author of the exhibition and book Constructing a Legend: The International Exhibitions of Finnish Architecture 1957-1967 (SKS, 2003), the book Architectural Epicentres: Inventing Architecture, Intervening in Reality (AML, 2008), and others. In 2008 she received the Bruno Zevi Prize for a work of history titled Transforming Reality with Architecture: The Finnish Contribution.