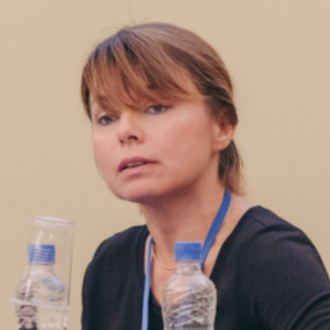 Urban sociologist. Member of the Prize’s Board of Experts.

Her main area of research is urban studies, urban mobility, and new technologies. She has published numerous works on the relationship between material culture and social memory, the global phenomenon of media piracy in emerging economies, and the impact of new technologies in markets, and other subjects. In 2013 she joined a team of international researchers headed by Mario Biagioli in Saint Petersburg to work on the project Russian Computer Scientists at Home and Abroad. This initiative was awarded a Mega grant by the Russian government. Together with Enric Massip-Bosch, she is the creator of a Barcelona-based educational programme in the area of design and she is also a member of the artists’ group Moving Matters Traveling Workshop.