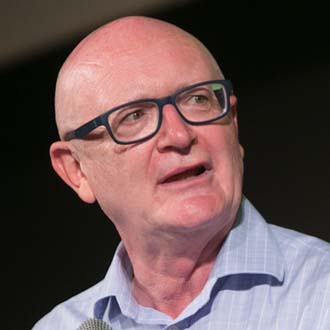 A specialist in human geography, he is a leading international social scientist. At present, he is Visiting Professor at the University of Oxford and Tsinghua University, and Chair of the UK government’s Committee on Radioactive Waste Management. Formerly, he was Executive Director of Schwarzman Scholars, based in New York and Beijing, Vice-Chancellor at the University of Warwick and Pro-Vice-Chancellor for Research at the University of Oxford. He is also a Fellow of the British Academy. His research covers a wide range of subjects, especially new forms of capitalism, the cultural impact of the information technologies, history and awareness of time, non-representational theory, and the role of cities and urban life, including the impacts of the Anthropocene. He has written and co-edited more than twenty books, among them Spatial Formations (Sage, 1996), Shaping the Day (Oxford University Press, 2009, with Paul Glennie), and more recently, Arts of the Political (Duke University Press, 2013) and Seeing Like a City (Cambridge Polity Press, 2016), both of which were co-authored with Ash Amin. Among the many awards he has received are the Scottish Geographical Society Gold Medal and the Royal Geographical Society Victoria Medal for his contributions to geographic research, as well as Distinguished Scholarship Honors from the Association of American Geographers.