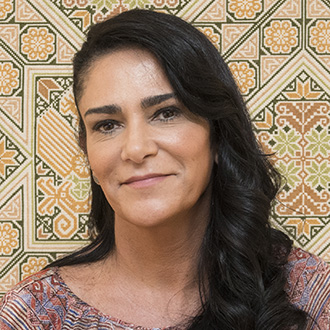 Journalist, writer and activist for women and children's rights

The writer and journalist Lydia Cacho (Mexico City, 1963) is known around the world for her activism in defence of human rights. She has inquired into and denounced human trafficking, sexual exploitation and the domestic violence suffered by women and children inside and outside of Mexico. Her struggle has brought about the fall of several members of the Mexican political class and, as a result of her work, she has suffered imprisonment, torture and death threats. She has also received another kind of recognition in the form of such international awards as the Olof Palme Prize (2011), the UNESCO/Guillermo Cano World Press Freedom Prize (2008) and the Human Rights Watch Award, inter alia. A co-founder of the Centro Integral de Atención a las Mujeres (CIAM – the Centre for Aid to Women and their Children, Cancún A.C) and specialist in gender violence for the United Nations Development Fund for Women (UNIFEM), Lydia Cacho has also written several books, among them Esclavas del poder: un viaje al corazón de la trata sexual de mujeres y niñas en el mundo (Slaves of Power: A Journey into the Heart of Sex Trafficking of Women and Girls around the World, 2011), Los demonios del Edén: el poder que protege a la pornografía infantil (Demons of Eden: The Power That Protects Child Pornography, 2010) and Memorias de una infamia (Memories of an Infamy, 2008).