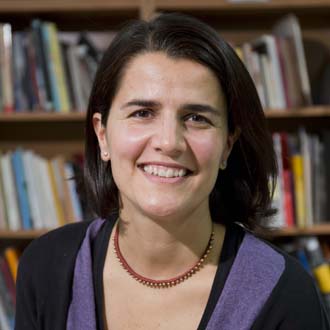 Judit Carrera (Barcelona, 1975) is the director of the European Prize for Urban Public Space since 2002. Since the same year, she is also director of the Center of Debates and Documentation of the Centre of Contemporary Culture of Barcelona (CCCB), where she is responsible for the CCCB Archive, and publishing director of the Breus and Dixit collections. After completing a degree in Political Science and Public Administration at the Autonomous University of Barcelona (UAB), she obtained a Diplôme d’Études Approfondies (DEA) in Politics at the Doctoral School of the Institut d’Études Politiques–Sciences Po, in Paris. After graduating, she worked at the Analysis and Forecasting Office of UNESCO (Paris), where she was in charge of impact reports related with UNESCO’s international strategic concerns. She subsequently worked at the UNESCO Centre of Catalonia, for the Universal Forum of Cultures 2004 and in the International Relations Department of Barcelona City Council. She writes on a regular basis as a columnist for the ARA newspaper and for the “Catalonia” section of the Spanish newspaper El País. Since 2011, she has been a full member of the Culture Council of the City of Barcelona.