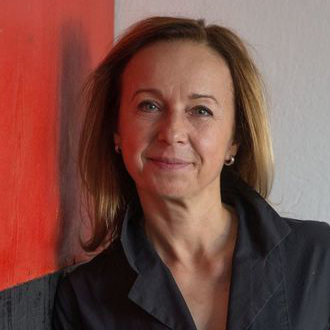 Director of the Department of Architecture at the Institute of History of the Slovak Academy of Sciences in Bratislava, she has been teaching Architecture at the Slovak University of Technology in Bratislava since 2014. Her area of research is twentieth- and twenty-first-century architecture criticism and she is an editor and member of the editorial board of the scientific journal Architektúra & Urbanizmus. From 1997 to 2009 she was editor-in-chief of the monthly magazine ARCH and she is also head of the Docomomo Slovakian work group.

She has published several monographs as well as dozens and studies and critical texts where she analyses twentieth-century architecture, and has also curated several exhibitions. She is author of Modern And/Or Totalitarian in the Architecture of the 20th Century in Slovakia (Slovart, 2014) and, together with Matus Dulla, she co-authored the well-known monograph Architecture in Slovakia: Concise History (Slovart, 2005). She has received prizes for her publications, among them the Literary Fund Prize and the Martin Kusý Award.