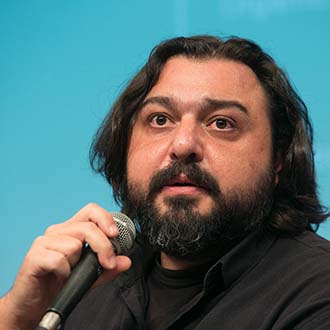 Hakan Günday (Rhodes, Greece, 1976) is one of the most celebrated young novelists in today’s Turkish literary scene. Though he left his studies in political science to pursue a writing career, his work continues to explore the rules that govern human society and behavior.

Since publishing Kinyas Kayra, considered Turkey’s first underground novel, in 2000, he has written numerous bestselling novels. More recently, his novel about people-smugglers in Turkey More was named the Best Turkish Novel of 2011 and received the 2015 Prix Médicis Étranger in France.