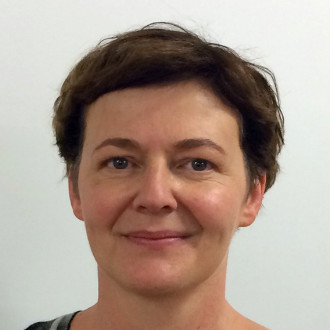 Journalist and exhibition curator. Member of the Prize’s Board of Experts.

The main focus of Gabriele Kaiser’s work has been her research into architecture in Austria since 1945. A journalist and exhibition curator, she began her career as editor of Architektur Aktuell after which she worked as a curator at the Architekturzentrum Wien (AzW) from 2001 to 2010. After this, she took over the management of the Architekturforum Oberösterreich (Afo) until 2016. Since then, she has been working with the board of the Austrian Society for Architecture (ÖGFA).

She has also taught at the University of Applied Arts, Vienna and is a lecturer in History of Architecture at the University of Art and Design, Linz. She is co-founder of Diachron, an association aiming to promote knowledge of architecture, besides being the author and editor of numerous publications on contemporary Austrian architecture. Notable among these works is her outstanding contribution to the third volume of the guide Österreichische Architektur im 20 Jahrundert, Band 1-3 (Twentieth-Century Austrian Architecture. Volumes 1-3, Architekturzentrum Wien, 2010).