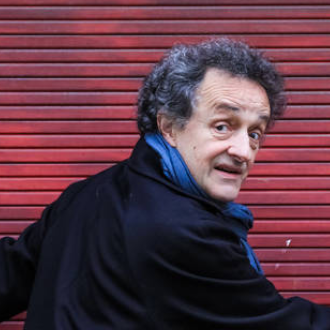 Architect and architecture critic. Member of the Prize’s Board of Experts.

A lecturer in Architecture in the French schools of Architecture in Lille and Paris-Malaquais, he produced the weekly broadcast Métropolitains on France Culture from 1992 to 2012. Before this, he worked as head of exhibitions at the French Architecture Institute, and also as editor-in-chief of L’Architecture d’aujourd’hui, Cahiers de la recherche architecturale, and Techniques et Architecture.

He works on a regular basis with the French media, writing about architecture in publications including Le Monde and Libération. He has also published many books dealing with themes like the history of architecture and the relationship between memory and architecture, notable among them being Les Paris de François Mitterrand (Gallimard, 1985), Une haine monumentale. Essai sur la destruction des villes en ex-Yougoslavie (Descartes & Cie, 1997), and Un Corbusier (Seuil, 2015).