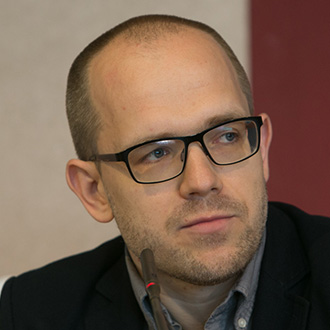 The essayist Evgeny Morozov (Soligorsk, Belarus, 1984) is one of the most renowned researchers in the social and political effects of new technologies. After studying at the American University in Bulgaria, he lived for a time in Berlin before settling in the United States. Visiting Professor at Stanford University and the Edmund A. Walsh School of Foreign Service at Georgetown University, he is a member of the Open Society Foundations (OSF) in New York and the New America Foundation. His critical reflections on the new technologies of information and communication (ICT) are usually published in newspapers as The Economist, Newsweek, The Wall Street Journal, The International Herald Tribune, Le Monde, El País, Frankfurter Allgemeine Zeitung, The Boston Globe, The San Francisco Chronicle, Prospect or Dissent and in audiovisual media as BBC, CNN, CBS, SkyNews, Al Jazeera International, France 24, Reuters TV or NPR

One of his most outstanding books is The Net Delusion: The Dark Side of Internet Freedom (2012), which argues that the Internet has so far been a tool of surveillance and repression and remains skeptical about its democratizing power. Also relevant is his latest book, To Save Everything, Click Here (2013), which criticizes the excessive confidence with of many experts towards technological advances as a solution to the problems of the future and argues that technology has to enter the public debate as politics, economics or history do. In January 2014, Morozov visited the Centre of Contemporary Culture of Barcelona (CCCB) to inaugurate the Open City cycle, in the framework of the 'Europe City' program, with a lecture entitled Democracy, Technology and City.