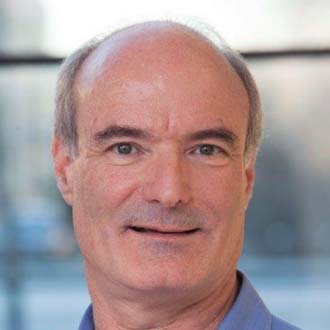 Director of Mistra Urban Futures and Professor of Development Geography

David Simon joined Mistra Urban Futures in September 2014 from Royal Holloway, University of London, where he still holds a part-time appointment as Professor of Development Geography. He has vast international experience including grant-funded research on sub-Saharan Africa, Asia, the UK and the USA. He has also served as specialist advisor to UN-HABITAT on cities and climate change, was one of only two academics on the UK Foreign and Commonwealth Office's specialist Africa Advisory Group prior to its disbandment, and has consulted for various NGOs and national and international development agencies. Furthermore, he is a Fellow of the UK Academy of Social Sciences.
David Simon’s research focuses primarily on the interface between development and the environment, in the context of sustainability and global climate change. In relation to urban areas he has, among other things, examined the likely implications of environmental change for African cities and their populations, as well as seeking to understand how cities are preparing mitigation and adaptation strategies in response to climate change. He has also conducted research on aspects of political geography and critical geopolitics, urbanisation and transport policy.