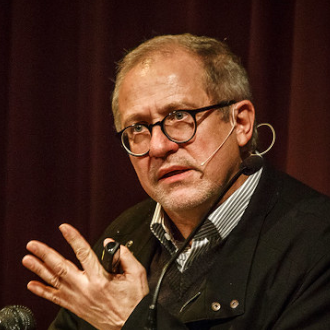 After studying Architecture at the Budapest University of Technology and Economics, he worked in Budapest as an architectural designer from 1969 to 1974. He then studied History of Art in Vienna, where he obtained a PhD in 1980. His area of interest is the history of architecture in Central and Easter Europe in the nineteenth and twentieth centuries. He has worked as a researcher in the Kunstgeschichte (Central Institute of Art History) in Munich, and the Getty Center, Santa Monica. He has taught at the Massachusetts Institute of Technology (MIT), the Moholy-Nagy University of Art and Design (Budapest) and the University of Navarra in Pamplona and, between 1996 and 2016, at the ETH Zurich.

Between 1983 and 1986 he was editor-in-chief of the magazine Magyar Épitömüvészet of the Association of Hungarian Architects. He also organised international conferences and seminars for venues like ETH Zurich, in 2007, and the Gut Siggen seminar centre of Heringsdorf, Germany, in 2008. Moreover, he is president of the editorial board of the Swiss architecture magazine Werk, Bauen+Wohnen and he writes for tec21, the Delft School of Design journal Footprint, and Prostor. Notable among his books are Adolf Loos. Die Kultivierung der Architektur (gta Verlag, 2008) and Precisions. Architektur zwischen Wissenschaft und Kunst. Architecture Between Sciences and the Arts (Jovis Verlag, 2008).