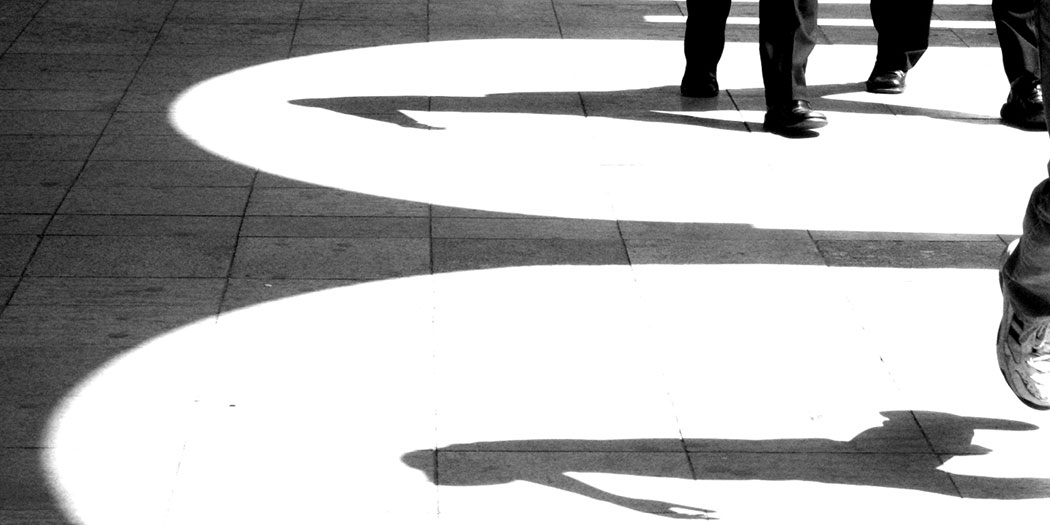 For years we tried to urbanize the countryside but now the logic is reversed. What values ​​and meanings does the landscape bring to the city?

My research and teaching activities are concerned with Landscape. I’m interested in the aspect linked to the contemporary phenomenon, its architecture and, above all, its project. Landscape as a very wide-ranging, plural concept in which physical and cultural questions of our living environment come together. A disciplinary field which—considerably evolving over time and like environmental phenomena that are undergoing progressively accelerated transformation in direct consequences on natural systems, on biodiversity, on the dynamics of territories—has forcefully expanded an Ethical and, at the same time, Aesthetic status of landscape. This has greatly influenced our sensibility in this regard and also our sense of responsibility when it comes to thinking about the project of landscape.
In this sense, I am referring to our Mediterranean context, a more general reference point for a dimension of specific morphological and phenomenological areas of knowledge that are deeply rooted in our culture. The Mediterranean landscape, which is poor and fragile, with few possibilities for regeneration, and highly vulnerable to urban planning and infrastructure interventions, has scant capacity to spontaneously suture the wounds they inflict.
Just as we have understood the role that landscape has played, and still plays, in the construction of cultures in the different countries of the world, we are also aware of the significance of public space in the representation, expression, and construction of a city’s culture.
Barcelona taught us this after the point, in the mid-1980s, when it changed its strategy of intervention in public spaces into the city’s new visiting card.

What has happened in recent times is a certain inversion of this point of view to the one that nowadays shifts our critical thinking towards values that no longer look from the city to the country—in keeping with the “centrality” invoked by an urban logic and sought on the borders and fringes of our metropolises—but from country to city by pursuing values and meanings that come to the city from landscape, in accordance with a logic that concerns landscape. It is a change of direction, an ideological inversion that helps us to identify possible project attitudes and future projections.
To value what we didn’t consider before; to give a positive value to what was once considered negative; to invert our point of view to allow ourselves to find the best way of operating. I’d like to explain this by way of some examples.

We have studied the architecture of the city, learning the extent to which harmony, proportion, balance, the composition of architectural elements constructed the urban value; the buildings, the minor fabric of construction beside the more prominent volumes; the “fullness” that gave sense to the city organism. However, we have now understood, on the contrary, that it is the “empty” space between buildings that has always been “full” of meaning, the space that in itself records the history of a society and city culture; the one that speaks to us and measures its contemporaneity and the condition of the present to which it belongs. It does so through life, emotions, history, and the behaviour of men, of communities that over the course of time have inhabited and still inhabit that space, which is empty only in appearance. Thus, we have learned to read our cities, not through constructed space but through “open” space, highlighting precisely the identity and cultural qualities that mean that these spaces are by no means “empty”.

Another reversal of perspective is that which we have noted with the change of vision of urban planning: we have understood that urban planning had consigned to us a discipline that, until yesterday, was the numerical and quantitative application of the norms, indexes, codes, and rules, mostly abstract, that were superimposed on a territory, landing on it without necessarily adhering to it or responding to an authentic vocation of its own. Now we do it the other way round: it isn’t a programme, a plan that decides the use of the territory, but it is that part of the territory, through the way the community lives in it, that expresses its best vocation for use, and that which invokes the project programme that will best reflect its character and identity.

One more thing is the ideological scope of the European Landscape Convention: from its ratification, twenty years ago now, there has clearly emerged the need to think about landscape, not by referring to specific parts that are valuable for the territory but to the whole territory and its resources, as a result of centuries of influence of anthropic activities that have happened and stratified on it. This new approach brings with it fundamental consequences. The first, quite revolutionary, inverts a concept of “landscapes of quality” to refer instead to “quality of landscape”, which is to say quality of all the landscape, as a product, an image inscribed on the terrain of a society, and of a culture. The second consequence is that this acceptation, in itself, refers to areas that aren’t homogenous; hence, the landscape to which they belong isn’t simply the physical enlargement of territorial areas contained on its perimeter but, in a completely new logic, recognition of a mixed, complex, hybrid landscape for which there are no frontiers, limits, or borders, and where there is no distinction between inside and outside. It is an open system, a geography of local and global, plural and specific responses, of aesthetic, emotional, and social expressions.

Thus, one condition that has made the discipline of Landscape evolve: an inclusive domain, the ethical and aesthetic interpretative key to questions pertaining to space and who inhabits it, making it possible to understand the extent to which territory/city/public space is, before being a political fact, is a cultural fact.

Our cities are no longer unique, unitary organisms but they are in relationship and dialogue with many other things, and it’s precisely the quality of this relationship and this dialogue that defines a concept of “contemporary city”. From a compact and physically conclusive, ideologically clear and defined idea of the city, we’ve moved on to read the urban device through new instances like, for example, networks, interrelationship, “city systems”, on a much broader and conceptually different scale. A condition that implies precisely a theme of relationship and dialogue, with which a complete urban form closed in on itself couldn’t exist because all together, and only together, they can define “that urban organism in evolution” that speaks to us of complexity and multiplicity, where cities co-participate among themselves, each city with another.
Understanding this, nevertheless, we owe to landscape because the infrastructural mainstay of cities—and city systems—is the landscape in its cultural, social, and anthropological correlates.
The network, continuity of relationship, is guaranteed by the landscape system: waterways, roads, squares, streets, tree-lined avenues, and parks give substance to cities and territories. They nourish our belonging to the space, induce us into an awareness of the quality of habitat and, in essence, legitimise our civil status.

To continue with the idea of inverting the point of view, public space is then interpreted in accordance with a force that is no longer centrifugal—which is to say exportation from the centre to the periphery of a project status that is “urban”—but from the logic of landscape, and thus from the country to the city, according to a—figuratively centripetal—force, a status of intervention nourished by ecology, sustainability, and environment to propose, not conciliation of nature+city but, rather an emancipation of space+society.

I am referring to that intermediate public space that is also an interface that, today, has the same roles as “ecotonal” areas which, between two different physical entities, like water and land, find between them a third, different dimension that is much more than a meeting between the two because, surprisingly, it is richer. It is also like this with public “third spaces” as domains where landscape welcomes the innovations of an urban project that is not measured on a geographical scale. Rather, from geography, it takes on the meaning of an overwriting of places of everyday life which are given sense and orientation, meaning and narration.
Microstructures of landscape: promenades, tree-lined avenues, river parks, horticultural strips, productive agricultural zones, ecological corridors, forested areas, water reserves, and wetlands, to construct a city which, on its outskirts, today presents these qualities of collective wellbeing and public space. Intermediate spaces as geographical spaces that are close to us, comprehensible to us because we know and recognise their meaning.
These are interscalar devices that trigger processes of identity adhesion to the space through ways of living it and sharing it, and also walking in it, crossing through it, touring it, seeing it, and sensorially perceiving it.

In the life of our cities, use of collective spaces has been greatly modified as a result of social and economic developments: financial crises, unemployment, new migration flows—and still more now with the blocking and paralysis of any activity—are modifying the sense of urban space, its perception, the meaning of “access” to the collective domains of the city and, consequently, their use. Behaviour and attitudes have changed, and also “consumption” of squares, gardens, streets by their users with a diffuse expectation of quality of habitat more than environment, which is political.
Never, as now and in the contingency of the pandemic, have we been able to rethink the project of public space in accordance with different ambitions, less brilliant perhaps but more geared to the spaces of everyday life, to everything that is domestic and closer to us. Developing a plural, responsible, and inclusive idea of the project with the desire of expressing contents that are necessarily more permeable and conscious. A condition that, besides the physical dimension of space, calls for the emotion of living it and the practices of participating in it. A project that resituates at its centre expressive questions, states of mind, perceptions, ways of relating, and being interested: when, from being “public”, urban areas come to be collective, domestic, participated in, everyday, shared. When, from “spaces”, they are transformed into “places”.