Housing, public space and the future of the city 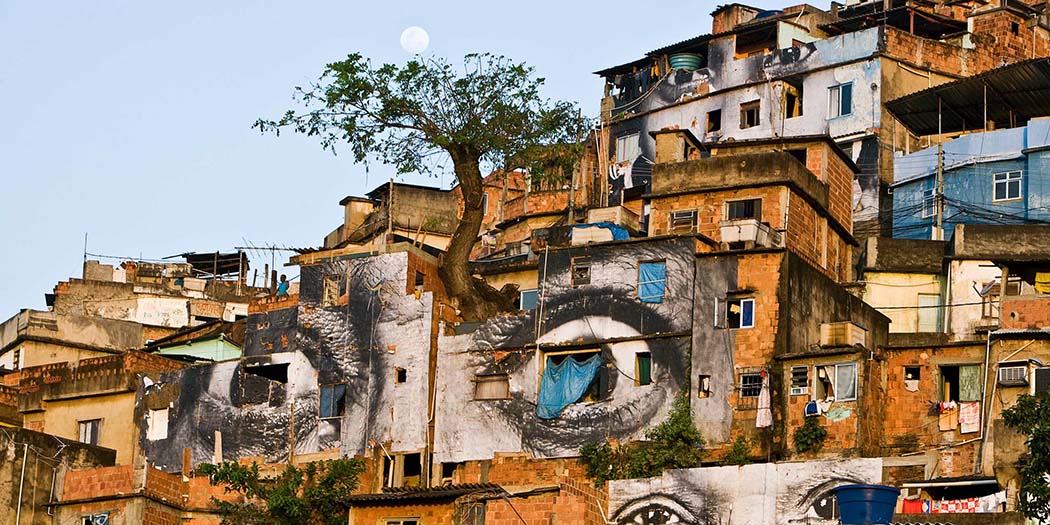 Western city planning has often excluded "the others," the territories of disorder. How should we rethink an alternative city model?

What will be the speed of the city of the future? The speed of broadband Internet which eradicates borders by dematerialising spaces, or of the kilometres-long traffic jam that turns short distances into times that can’t be predicted? And the urban space of the future? Will it be unfinished ruins covered by mountains of rubbish and debris, or the hyper-illuminated asepsis of vast shopping and leisure centres? Will there be streets in the future? Will they survive the increasing fragmentation of spaces, the absolute negation of any terrain of ambiguity or coexistence between public and private? Will they cease to be homes for automobiles, especially decorated with landscaping designed to be seen through the windscreen? Or will they be home to the homeless, to those with no place, to outcasts of the world order? What will the housing of the future be?

The high spiked fences and surveillance cameras that delimit so-called “private spaces” have been expanding in the sense of incorporating ever-greater areas into corporate and privatised territorial management, drawing a prison-like horizon in our everyday life. They are twin siblings of the excluding exile to which we permanently condemn most citizens of the planet. Periphery, “banlieue”, “ghetto”, “favela”: it is always the same story of defining as “deviant”, “marginal”, “subnormal” the places that are not organised according to this logic and assigning them to the most inaccessible and inappropriate space in order to avoid any coexistence that threatens real-estate values and social stability. Then, the city defends itself from itself, imagining that there can finally exist spaces that are absolutely immune to poverty and free of contradictions, or utopias with the final conversion of all urban dwellers into clients and consumers.

Urban morphologies corresponding to private regimes of territorial control—shopping malls, multi-use complexes—have a history linked to the conversion of built spaces into financial assets, and to their subjection to the logics and desires for profitability of the capital surpluses circulating in the global financial market.

The essential condition for built space to be a financial asset that can freely circulate in the global financial market, as well as for breaking down barriers to its free circulation around the planet, is the existence of a unique form of relationship between the possessor of the asset and the physical space it occupies: individual ownership. This is an important point because, as we shall see, the paradigm of individual ownership, prevailing over all the other forms in which individuals relate with the territory, has been one of the most powerful motivations and justifications in denying the right to existence of other modes and types of territorial ties. Furthermore, the correspondence between a—physical, material—place and a piece of paper containing mathematical coordinates and rational, abstract codes is the element that introduces the paradigm that is today burgeoning in terms of scale in the velocity of algorithms and financial instruments. Contrary to what common sense suggests, it is not registered individualised ownership is that provides greater security of possession but, rather, that which is totally free of—complex or collective—ties to circulate in the market of locations.

This hegemony—of property as the only legitimate form of possession—is fruit of a still uncompleted process that began more than 250 years ago in the history of humanity’s relationship with populated territory. It is a history that begins with fencing off communal lands and the separation between land and labour in Europe, which became enshrined as a political-juridical form with the devising of the liberal state. It is in the Enlightenment period, with its utopian project of a democracy of free property owners, that a close (and restricted) bond originates between “property”, “freedom”, and “citizenship”. This “liberal democratic order” conceived as a predominant form of organisation of economies and societies in their links with the territory is what becomes established, especially after the nineteenth century, as the hegemonic model. The model is consolidated in the form of nation states, which provides a conceptual and practical matrix for the notion of “public space”, one that is also privatising to the extent that it appears alongside (as counterpoint or complement) that of private space. At least since the nineteenth century, when governments introduced systems of circulation, health, maintenance, leisure, and others, what is public has been understood as “private property of the state”, as essential to its practices of governability. This is the time in which the literature locates the birth of urban planning as a discipline, a practice that brings together technical knowledge deriving from medicine, engineering, and other sciences to construct a territorial administration of the city as a whole under the banner of order, rationality, and efficiency, and no longer by means of one-off beautifying interventions. From the standpoint of specific intervention on territories, systems are introduced to allow greater speed in the circulation of goods. But, at the same time, these systems are unreserved forms of urbanism that are expressed through a space defined as “public”, which is to say, one governed by a bureaucratic-state apparatus.

If public space is regulated by and for state control, zoning is already introduced into instrumental language and planning by the end of the nineteenth century. This involves adopting regulations on volumetry and uses, taking the private plot as the basic unit of reference. Adopting functionalist principles, urban planning comes to determine the city’s destiny by defining the “real-estate products” that can be constructed in each place: the factory, the bourgeois residence, commercial areas, workers’ housing.

It is in the twentieth-century industrial city where urban planning will adopt the profiles of an avant-garde movement structured around the notion of urban space as a place of production and circulation of goods, and also reproduction of the workforce. The political pacts established with the emergence and growth, in the central countries, of the labour and trade union movement—along with the influence of its political-cultural ideology of justice, universality of rights, and equality—in the early years of the twentieth century meant that urban planning processes came to be guided—beyond freeing up a reserve of land for industrial and mercantile expansion, and investments in the infrastructure necessary to increase their speed and productivity—by the strategic definition of the state as redistributor of goods and services. Under the guise of “social welfare”, the state takes a share of surplus capital (and urban land) to compensate non-owners (of both land and means of production) by investing in social housing, and educational, health, and leisure facilities, thus guaranteeing the conditions for reproduction of the workforce, even with quite low wages, in order to produce high rates of surplus value. In Europe and the United States, rationalising and reforming utopias have found in urban policy and planning not only a field of application of ideas for integrating the poor and the so-called “dangerous classes” to achieve social cohesion under the power of capital, but also a veritable laboratory of state-led territorial reconfiguration. Rather than discussing the present forms of these interventions, subject of an extensive body of literature in the field of modern architecture and urban planning, what is of interest here is to note what these forms mean from the point of view of what was—or is—outside the active governability of the state or on its margins, and which constitutes an object of permanent de-territorialisation. In other words, who are the “others” and are their territorial logics? How do these operations of statization influence these logics?

To return to urban planning, if we have so far focused on the origins—western, European—of the utopias of intervention in cities, we cannot fail to emphasise the role of these same operations of de-re-territorialisation in their colonial imposition in countries on the periphery of capitalism. Recovering this trajectory from the point of view of this immense “other”, first, the abstract signs of private property and functionality are superimposed on the signs of land as a shelter, resource, symbolic reference, and support of collective life. In addition to this, by being implanted in only part of the city—that identified with the spaces of residence and consumption of the elites—in the landscape of cities integrated into the machinery of capitalist production in their peripheries, these abstract signs constitute and restitute at the same time spaces that are recognised and identified with the politico-cultural moulds of the colonial forces of occupation, and they eloquently and permanently delimit the “outside”. This “outside”, this fringe, has always been strongly marked by ethno-racial elements.

Yes, here I am referring to landscapes for life. Constructed by and for the majorities on the basis of the logic of survival, needs, and desires for prosperity, they are progressively installed—with no previous plan but in permanent relation with the very forms presented by the planning—in conditions of scarce resources, on locations available through individual and collective practices to cope with and manage everyday existence in cities. In these landscapes, concepts of housing and work, for example, do not fit with the rigid categories of functionalist planning. Home-based work is a core element of working-class economies and has always marked the landscape of these territories. Neither is it possible to establish a clear border between public space and private space inasmuch as it is possible to work and establish part of the relations of family cohabitation—in concepts of family that are also extended and mutating—in public spaces.

Favelas, bastees, kampungs, slums: their existence—and persistence—in cities on the periphery of capitalism is a permanent challenge to the universalist strivings of urban planning utopias, including their categories: housing/family/private versus public space/state. In all these cases, there is an association between a space marked by the logics of life in contexts of scarce resources and a social-political condition: the outcast, the marginal, or out of order. The very choice of terms to designate this space—in English, “slum” (related with delinquency and criminality)—does not only imply a condition of otherness, but it also expresses this discriminatory Gestalt. Contrasted with this is “orderly growth of the market”, the suburb of houses privately owned by white American families, the gigantic residential estates on the far outskirts of cities in the North and South. This ideal of the western city—white, patriarchal, capitalist—with which we operate was constructed during the colonial era and developed, in the neoliberal era, towards a paradigm of financial capital accumulation. This ideal has produced cities that are not designed to satisfy human needs. Yet, increasingly, this model, planned to produce landscapes for profit, has been promoted as an object of universal desire. By contrast, our real cities are seen as “chaos”, as examples of irrelevance and of a failure of urban planning.