Food and the Future of Public Space 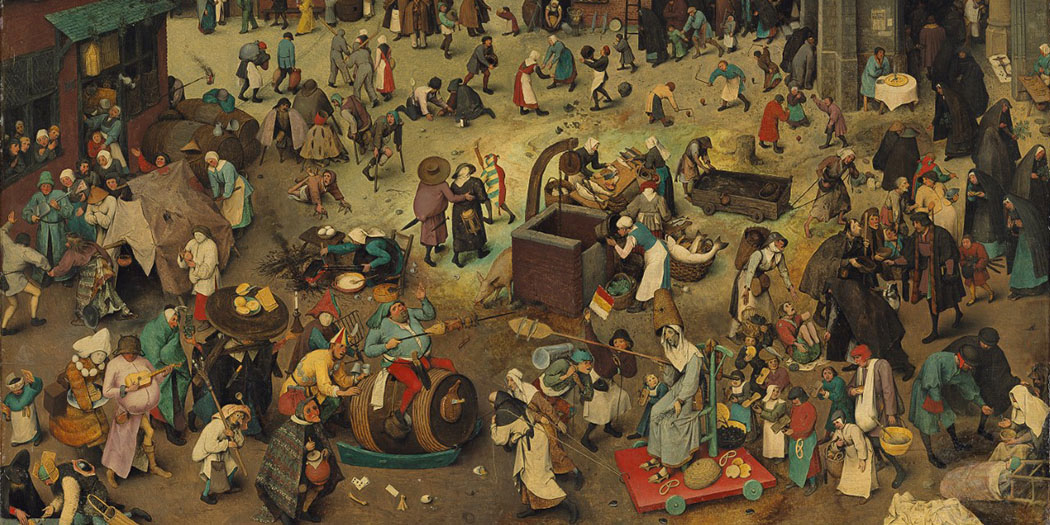 The provision and protection of public space is a useful indicator of the health of a society.

What is public space, and what is its role in the future of the city? To ask such questions in the midst of a global pandemic feels somewhat surreal; yet, as with so many other things, COVID-19 has served to highlight issues that were already pressing before the virus struck. After a year of living under successive lockdowns, most of us are more aware than ever of our need for public space and the crucial role that it plays in the healthy life of the city; yet the truth is that, for several decades now, it has been steadily eroded: by cars, by privatisation, by supermarkets and, most recently, by the Internet. Therefore, the questions posed above could hardly be more timely.

Public space is, in essence, the context in which public life takes place, finding its fullest form in the guise of democracy. Historically, urban public spaces principally consisted of marketplaces which invariably formed the core of every town and city. Markets were the ultimate spaces of encounter and exchange: places where people from all walks of life would come to trade in food, goods, news and opinions. Arguably the greatest of all was the Athenian agora: a melting pot of food, politics, commerce and debate; the place where democracy was born. The agora, an irregularly shaped compound dotted with plane trees and fringed by stoas (long, open-sided colonnaded buildings for public use) operated on many levels: as a food market, law court, place of entertainment, ceremonial space and open-air assembly where citizens gathered to vote. The everyday heterogeneity of the market, where you might stumble across Socrates holding forth by the fish stalls on your way to buy some olives, was the vital counterpoint to the exclusive dinner parties (symposia) held by the Athenian elite; a balance that was itself the subject of constant public discourse. This tension between public space and private power has thus been at the heart of democracy since its inception; a relationship that, in our modern era, has become dangerously unbalanced.

To trace the evolution of democratic space from its Athenian origins to the present day would take several weighty volumes, yet certain themes relevant to our questions stand out. Firstly, public space matters because it is inclusive, thus fostering encounters with (and tolerance of) the “other”. Secondly, by articulating what we have in common—the need for food, exercise, sociability, exchange—public spaces enable shared engagement, without which society itself could not exist. Crucially, the experience of acting in such negotiated space—whether by celebrating some public ritual such as a national holiday, or simply haggling over a carrot—is how we learn to be social beings; just as, when we are children, we learn to share food and conversation across the kitchen table. In many ways, public spaces are the urban expression of family tables: spaces where we come together to share, express and sometimes test our commonality. Public spaces, which are established and preserved for all to use and enjoy, articulate the best of society: its aspirations, its generosity, and, above all, its tolerance. Whether we gather in it to trade, celebrate or protest, by doing so we reinforce the social contract that binds us together—and, crucially, we do it visibly.

It’s not hard to see how the recent shift of most aspects of public life away from physical space and onto the Internet threatens the very stability of society. Every social function once performed in the market square, from buying food, trading and socialising, to debating, gossiping and demonstrating, can now be carried out online—with consequences that threaten democracy itself. The recent storming of the US Capitol was just one shocking symptom of a transformation that has been underway for years. The malicious or misguided spreading of lies, rumours and conspiracy theories for political or other ends has already been shown to affect national elections in the United Kingdom and United States, ultimately fragmenting society into a series of antagonistic sub-groups motivated by mutual hatred and distrust.

Such malefactions would not, of course, succeed on their own. They feed on the underlying disappointments and resentments that arise from the failed promise of late capitalism and the accumulation of power among a shadowy elite, which the Internet has simultaneously enabled. It is in this context—the vast inequalities of wealth, power and opportunity that now threaten democratic nations across the globe—that any discussion of the future of public space must sit.

To return to our original questions, we might therefore say that public space is the physical expression of an open, inclusive society, and that its most vital role in the future of cities will be to help safeguard such openness in the face of multiple threats. Of course, space alone can’t solve the problems of society (despite many an architect’s dream to the contrary), yet the provision and protection of public space (i.e. space in which everyone is welcome to perform a full range of law-abiding actions) is nevertheless a useful indicator of the health of a society. So what forms should such public spaces take?

As we saw in the case of agora, the most socially enriching public spaces are those that host a multiplicity of different actions. In Athens, people might have disagreed about what Socrates had to say, but absolutely everyone ate olives. This coexistence of sameness and difference, in public spaces, fosters what we might call public spirit: like the flexing of a muscle, numerous daily encounters with neighbours, colleagues, traders and strangers, with a broad range of needs, habits and opinions, help build a sense of what is shared, in a way that is far more profound than sworn allegiance to any flag, creed or slogan. Indeed, it is notable that when that former sense of commonality is weakened, these latter forms of official identity—often in the form of populism—come to the fore.

It is in this context that food has such a profound role to play in the future of our cities and societies. It is no accident that many of the greatest public spaces in history, from the Athenian agora and Roman forum to Les Halles in Paris, Covent Garden in London, La Boqueria in Barcelona or Marrakesh’s Jemaa el-Fnaa, were originally, or remain, food markets. Food has always been the greatest animator and shaper of public space, and indeed of cities themselves. Ancient places of exchange such as the Athenian agora, Roman forum and London’s Borough Market, all preceded the cities they later served. Food brought people together long before cities even existed, and continued to do so as urban centres evolved. Before the days of railways or refrigeration, markets were generally the only places where one could buy fresh food, so people had to visit them frequently. As the city’s most important (and often the only) open spaces, most were overseen by the city hall, emphasising the indissoluble link between food and politics. Markets were also where the countryside came to the city, making the vital urban-rural partnership palpable to city-dwellers. Everybody in the pre-industrial city knew where their food came from: sheep, cattle and geese were driven through the streets to market, and piles of lettuces and cabbages blocked pavements. The market square was always where the city was at its liveliest: the place where the political, commercial and social structures that underpinned urban life came together to create the greatest manifestation of urbanity itself.

Today, the underlying structures that shape society are no longer visible. Most of the food that sustains us arrives in the dead of night, travelling invisibly and anonymously down specialised “chill chains” to replenish supermarket shelves while we sleep. We no longer need to leave our houses in order to eat, shop, get news or be entertained, and as COVID-19 has proven, many of us can now work from home too. The sociability of city centres is ebbing away, and with it our collective sense of who we are. The power that once resided in city halls is shifting too; away from parliaments and lawmakers to global corporations, financiers and media moguls; away from the public realm and into private hands. If we are to thrive in this new reality, we need ways of making our relationships tangible again, and we must re-establish spaces where we can act as citizens, not just as consumers.

It is here that food has such potential to restore the public life we have lost. Unlike power, money or influence, food is a physical thing—and since we all have to eat every day, it has lost none of its power to connect us. Indeed, during the pandemic, it has done so in countless ways: neighbours have baked for one another and delivered food to those in need, chefs have worked in school kitchens and thousands have started buying food directly from local producers or started growing their own. In effect, new local food networks have sprung up all over the world, forging connections that, with the right political vision, could form the basis of the sorts of strengthened, resilient communities that we shall need if we are to thrive in a low-carbon future. I have a word for this: sitopia, or foodplace (from sitos, “food”, and topo, “place”). Our lives are already shaped by food, so by valuing it and putting it back at the heart of our thinking, by making space for it in our houses, gardens, neighbourhoods, cities and city regions, we can build a more resilient, tolerant and equitable future.