The CCCB and Public Space 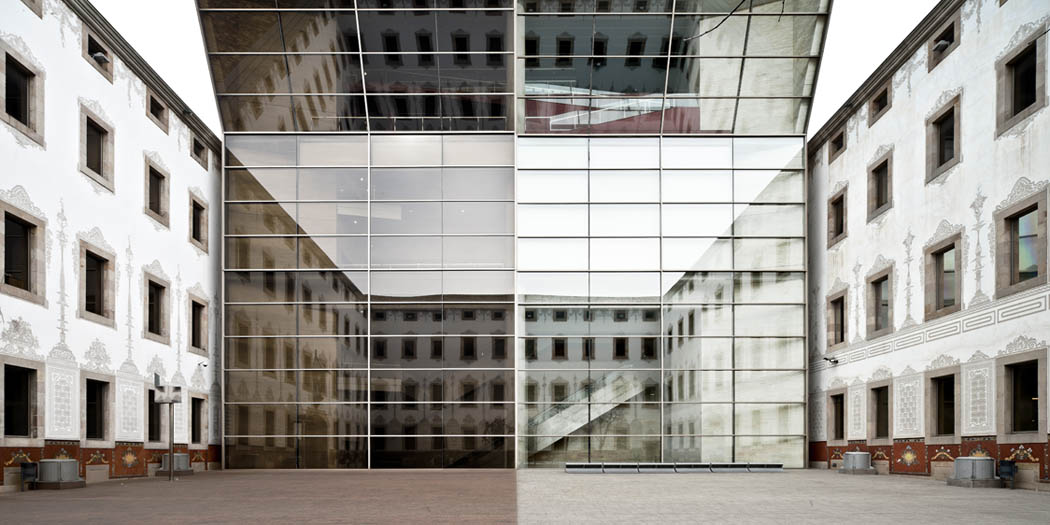 “In the early years of the European Prize for Urban Public Space, we sought helplessly for representative and innovative examples of public spaces and, now, in the last few years, we have been confronted by an urban movement that has spread throughout Europe.“

It was twenty years ago that the Architekturzentrum Wien (Az W) organised a major conference on the history of public space. The majority of the speakers thought that, in the course of the development of digital media, public space would dematerialize and disappear into the digital world. When one of these speakers addressed a brief question to the large audience, asking those present who already had an email account, a mere three hands were raised. At that time, we were clearly not where we are now. All the same, many theorists and media experts at the time were convinced that the digital world would absorb and replace concrete public space.

Twenty years later, the digital revolution has actually occurred. Today, we speak about the dominance of the "social media". Today, there is in Europe probably only a shrinking minority of people who do not use email. But, at the same time, we are experiencing a radical new conception of the concrete, analogical, public space. In the early years of the European Prize for Urban Public Space, we sought helplessly for representative and innovative examples of public spaces and, now, in the last few years, we have been confronted by an urban movement that has spread throughout Europe. Yes, today we do have social space on Facebook, Twitter, Instagram, WhatsApp and whatever new digital business models we will enthuse about in the future. But, at the same time, we appreciate that the concrete, random —namely urban— encounter in real urban space cannot be substituted.

Public space has always had more of a key function as social space in the countries of Southern Europe, while, in the countries of Northern Europe, it has had more of a representative function. Perhaps this social function and the relevant design approach embracing all of Europe is a product of global warming. Even in Moscow, there are young people to be met in public space, in the meantime, with amicably provocative "Hug me" signs on their chests.

This increasing attractiveness of public space is also tied to a re-evaluation of urban mobility. Municipal authorities everywhere are struggling for a reduction in the presence of privately owned cars for their towns and cities, in favour of spaces for cyclists and pedestrians, and promoting public transport —spurred on by public will—. Its functionality has to be re-examined and solved with new ideas and concepts for the traffic, but solved architecturally and artistically as well.

In posing these questions, the Prize has established itself as a tool in the study of European urban development. However, one question remains open: What is an urban public space? Is it only something for towns and cities? Major cities, small towns, villages, public spaces in the countryside for an urban society? I believe we should regard the entire European countryside as the space of an urban society and, from now on, not only consider projects realised in the town and city centres. The distinction between town and country should no longer be applied in Europe and the entire European townscape should be regarded as designable space. For not until we in Europe recognise the mutual interdependencies of town and country, and address them, can we arrive at a truly "European (urban) public space".

When the European Prize for Urban Public Space was launched by the Centre of Contemporary Culture of Barcelona (CCCB), more than fifteen years ago, it clearly provided a suitable context. On the one hand, there was the city of Barcelona, which had aroused widespread international attention in the 1980s with its new urban public spaces. It had been a clear signal, however, that it was also regarded as a political act on the part of the new, post-Franco, city council. The urban space was to be given back to the people of Barcelona as a public place for the pursuit of democratic freedom and encounter. On the other hand, even then, the CCCB, with its diversified research and mediation work on urban and everyday culture developments, already had exceptional expertise to hand.

So things began with the right location and with the right institution. It is thanks to the latter that European partners have been actively engaged with from the outset. The Architekturzentrum Wien and myself are grateful for this participation as it has allowed the knowledge accrued by the Jury to flow into the debates of the countries, cities and towns concerned as an effective basis. Over the years, the Prize has been organised and orchestrated with ever more professionalism and efficiency by Judit Carrera and Masha Zrncic. We have learned with and from one another and can look back at success in the past, which is why the next fifteen years of the European Prize for Urban Public Space will assuredly be key for the development of the European town.