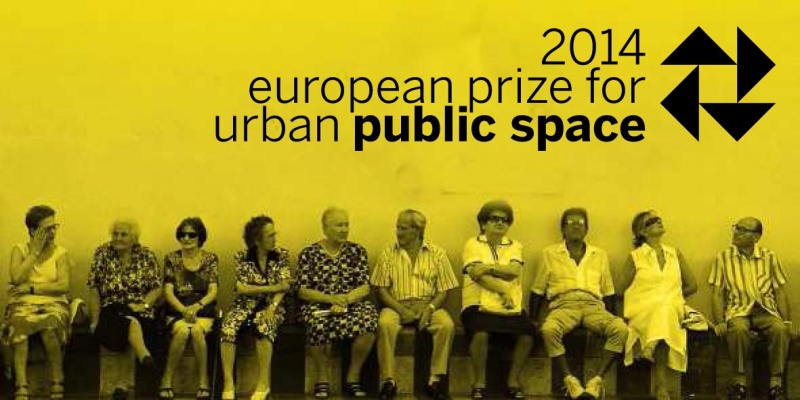 Until next 23 January, the registration period for entries is open to all kind of interventions creating, recovering or improving the democratic quality of the urban spaces we share and carried out in European cities between 2012 and 2014.

The call for entries for the eighth edition of the European Prize for Urban Public Space is now open. This honorific competition has been held on a biennial basis since 2000 with the aim of recognising, encouraging and publicising examples of good practice in the ways in which European cities are dealing with the many challenges they must confront. Undergoing processes of exponential growth and far-reaching transformation, these cities are facing the fact that the age-old democratic ideal of striving for cohabitation on an equal basis within a plural society is in jeopardy. Segregation and inequalities, unsustainable construction and consumption or serious deficiencies in guaranteeing the right to housing and the right to the city are problems that are tangibly manifest in urban public spaces, and it is precisely on this front where they can be combated with better results.

True to this cause, the Prize is open to all kinds of interventions aimed at creating, recovering or improving the democratic quality of the urban spaces we share and it jointly awards their authors and promoters. Entries for the 2014 Prize, which must have been carried out in European cities between 2012 and 2014, may be registered free of charge until next 23 January on the Prize website. The rules specifying the required documents and the conditions of participation may be downloaded from this site.

The Jury of the Prize will meet on 3 and 4 April to review all the presented works and to take its decisions. The Jury will be chaired by the architect Carme Ribas on behalf of the Centre of Contemporary Culture of Barcelona (CCCB), and it will consist of the directors of the other six institutions organizing the Prize, namely Matevž Čelik (Museum of Architecture and Design, MAO, Ljubljana), Sarah Ichioka (The Architecture Foundation, AF, London), Juulia Kauste (Museum of Finnish Architecture, MFA, Helsinki), Francis Rambert (La Cité de l’Architecture et du Patrimoine, Paris), Peter Schmal (Deutsches Architekturmuseum, DAM, Frankfurt) and Dietmar Steiner (Architekturzentrum Wien, Az W, Vienna). Appointed by the CCCB, the Jury Secretary will be the architect David Bravo, who will prepare the minutes of the sessions in which the Jury selects the winning works. The results of the 2014 Prize will be made known at the prize-giving ceremony, which is to be held in Barcelona on 19 June 2014.