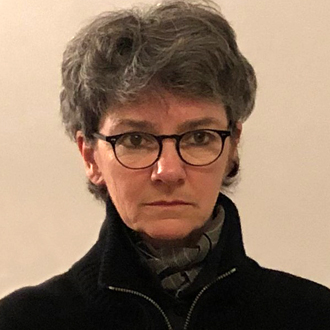 Publisher, art historian and PhD in Architecture. Member of the Prize’s Board of Experts.

With degrees in Philosophy, History of Art, and Classical Archaeology, she also studied Architecture in Stuttgart and Paris and obtained a PhD in Architecture from the University of Stuttgart. Since 2014 she has been publishing the online architecture magazine Frei04 Publizistik, which is produced by the collective she co-founded in 2004. Since 2017 the magazine has been distributed from the website www.marlowes.de. Prior to this, she worked as an editor for the portal www.german-architects.com, DB Deutsche Bauzeitung, Le Moniteur. Notable among her publications are the book Footbridges (Birkhäuser, 2007) and her chapter in Making Heimat: Germany, Arrival Country: Atlas of Refugee Housing (Hatje Cantz, 2017).

From 2004 to 2010, she was a lecturer in Architectural Theory and Criticism at the University of Stuttgart and the State Academy of Fine Arts in Stuttgart. She has been on the boards of many architectural organisations in Germany, among them Architekturbild, Schelling Architekturstiftung Karlsruhe, and the German Museum of Architecture in Frankfurt am Main. She was vice-president of the Advisory Board of the Federal Cultural Foundation from 2007 to 2012, and is a member of the scientific committee of the International Building Exhibition – IBA Basel as well as being an expert consultant for the Mies van der Rohe Prize.