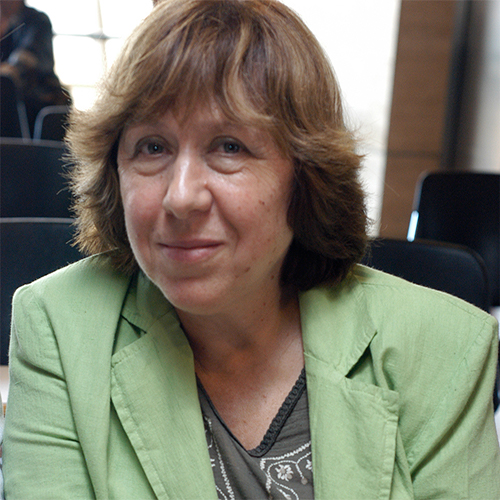 Lawyer in Journalism by the University of Minsk, her interest to transmit Soviet history from the oral, subjective witnesses, who differ from the official versions, has created a strong controversy to the old Soviet Union. She has published, between many others, Les cercueils de zinc (Bourgois, Paris 2002), where she speaks of war of Afghanistan atrocities, La plegaría de Chernobil: crónica del futuro (Casiopea, Barcelona 2002), translated to eighteen languages, where it approaches the consequences of the catastrophe of Chernóbil, and Ensorcelés par la mort.