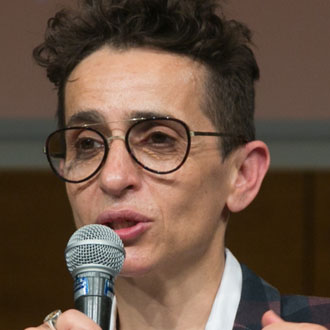 Born in the Soviet Union, she emigrated with her family to the United States where she spent her adolescence before returning to post-Soviet Russia. In Moscow, she worked as a science journalist for the magazine Vokrug Sveta and was also a LGBTI activist. Her defence of freedom of expression and of LGBTI rights in Russia made her one of the most visible faces of the opposition to Putin, which eventually led to her returning to the United States in 2013. She is presently a journalist at The New Yorker, and also writes for The New York Times and The New York Review of Books, and other publications. In Spanish she has published El hombre sin rostro. El sorprendente ascenso de Vladimir Putin (Debate, 2012 – published in English as The Man without a Face: The Unlikely Rise of Vladimir Putin, 2012) and El futuro es historia. Rusia y el regreso del totalitarismo (Turner, 2018 – published in English as The Future Is History: How Totalitarianism Reclaimed Russia, 2017, and winner of the US National Book Award for Non-Fiction), where she exposes the democratic deterioration of the present Russian government.