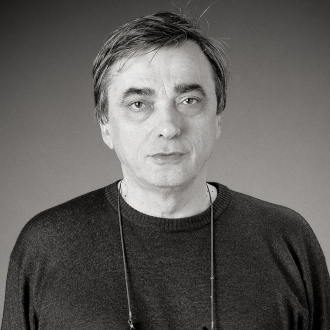 A lecturer in History of Architecture at the University of Architecture in Venice (IUAV), he has been founder and dean of the Faculty of Art and Design since 2008. He has also taught in internationally prestigious universities like the Hochschule für bildende Künst in Hamburg, the EPFL in Lausanne, the Cooper Union, and Columbia University, New York, among others. His areas of interest are history and theory of modern architecture, the work of contemporary international architects, and the relationship between art and architecture.

From 1989 to 1991, he was editor of Ottagono, a quarterly magazine on architecture and industrial design. The books he has published include, among others, Heinrich Tessenow (Electa, 1991), Bauhaus 1919-1933 (Mazzotta, 1996), Luis Barragan (Skira, 2000), and his monograph on the Catalan architect Enric Miralles (Skira, 2002). He has been a member of the Alexander von Humboldt Foundation (Germany) and the Getty Center for the History of Arts (United States). From 1993 to 2003, he was Walter Gropius Professor of History of Architecture at the Bauhaus University, Weimar. In 2005 he was named Mellon Researcher at the Canadian Centre for Architecture (CCA), Montreal.