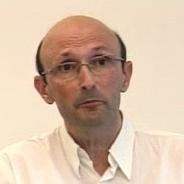 Architect and Coordinator of Architectural Studies at the Polytechnic School of the University of Girona (UdG).

Born in Barcelona in 1954, he has been Coordinator of Architectural Studies at the Polytechnic School of the University of Girona (UdG) since 2006 and lecturer in Projects at this school since 2005. Until then he had occupied the same position at the La Salle School of Architecture in Barcelona. He has also been a lecturer in History of Contemporary Art at UdG. In 2011, he presented his PhD thesis “L’arquitectura de la realitat” (The Architecture of Reality), a study of the Pilar Prim collective.

Since 1979 he has been working as an architect with Joan M. Viader with whom he shares the studio Fuses-Viader Architects. They have won several competitions in Catalonia and, in 2007, gained first prize in the competition for the new Court of Justice building in Paris. He has lectured about his work at several universities and schools of architecture in Spain and elsewhere in Europe, besides publishing articles in and writing for a range of specialist publications (Quaderns, El Croquis, A+U, Detail and Architecture d´aujourd´hui).