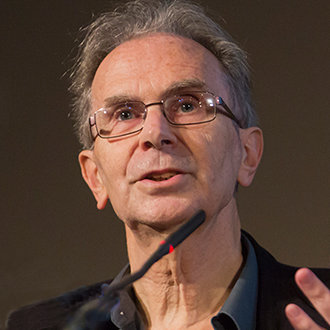 (London 1946- Lancaster 2016)
Professor of Sociology at Lancaster University. With a degree in Economics and a PhD in Sociology from Cambridge University, he was Head of the Sociology Department and Dean of the Faculty of Social Sciences at Lancaster University (1989 – 1994), among other positions he held. He was Director of the Centre for Mobilities Research, also at Lancaster University, from 2003 until his passing. One of today’s most eminent sociologists, he spent  the last few years studying new paradigms of mobility and their impact on future society. This field includes the phenomenon of global tourism in terms of consumption and as large-scale movements of people, as well as the oil and energy sector and the ways in which it affects society and the environment. He published more than forty books, including Mobilities (Polity, 2007), Mobil Lives (Routledge, 2010 with Anthony Elliott), Offshoring (Polity, 2014) and Post Petroleum (Loco, 2014)