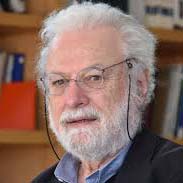 An Italian thinker, psychopedagogist, and cartoonist, Francesco Tonucci is a researcher at the Institute of Cognitive Sciences and Technologies. A specialist in early childhood education, he has worked on different aspects of child development with regard to the school, the family, and the city, as well as training teachers in early childhood and environmental education.

He is founder and coordinator of the international project “The City of Children” which, with the aim of promoting more habitable cities where children are the key focus, now consists of a network of more than two hundred member cities in Europe and Latin America.

In 2003, he was named Honoris Causa Professor at the Faculty of Education of the Pontifical Catholic University of Peru and, in 2011, he received honorary doctorates from the universities of La Plata and Santa Fe (Argentina).