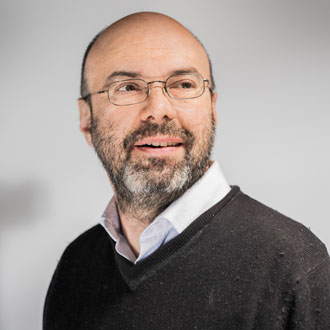 He is a curator and architect with experience in architectural design, education, publications and exhibitions. He is the director of arc en rêve – centre d’architecture, in Bordeaux (2021).

He holds a PhD in architectural design from the Politecnico di Torino (2001) and a M.Arch from the University of Genoa (1995). He was a founding member of Gruppo A12, a collective working between arts and architecture, based in Genova, Italy (1993-2004). He was the architecture editor of Abitare magazine (2007-2011). He was the programs director at the Canadian Centre for Architecture in Montreal (2011-2014).

He was the first Senior Mellon Fellow at Princeton University (2014). Since 2014 he is a visiting professor at the Architectural Association, London within the Master in History and Critical Thinking. He has taught architectural design and architectural theory in Canada, Chile, Italy, Hong Kong, UK and USA.

In 2003, together with Francisca Insulza, Gallanti founded the Montréal-based architectural research studio FIG Projects (2003-present), which curated international exhibitions, such as “The World in our Eyes” for the 2016 Lisbon Architecture Triennale and edited journals such as Harvard Design Magazine “No Sweat’ (2018). He curated the exhibition “L’attente” at Galerie de l’UQAM in Montreal (2019).