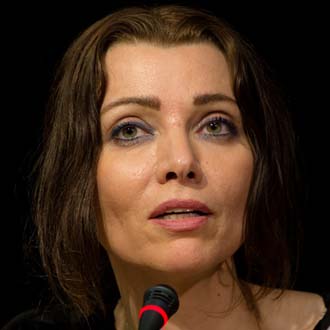 Writer and PhD in Philosophy

She obtained a PhD in Philosophy from the Middle East Technical University of Ankara, and her thesis on femininity and Islam was awarded the prize for the Best Turkish Work in Mystical Literature. In 2006, charges against her for references she made to the Armenian genocide in The Bastard of Istanbul were dropped. In 2010 she received France’s Chevalier Des Arts et Lettres award. Her novel Las tres pasiones (Lumen, 2016) is published in Spanish in November 2016.