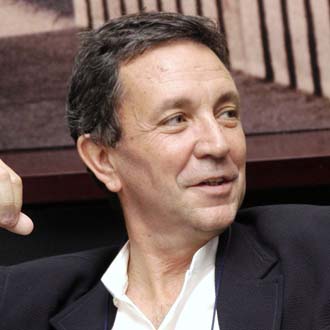 Architect. President of the prize jury in 2006.

Trained at the Barcelona Graduate School of Architecture (ETSAB), graduating in 1968. He has lectured at the ETSAB since 1969. In 1993 he gained his PhD at the UPC. Previously, he was diocesan architect of Ibiza from 1973 to 1977. He has been visiting lecturer at the University of California Los Angeles and Harvard Graduate School of Design on various occasions. He was invited resident at the Spanish Academy in Rome in 1990.

Of the long list of projects carried out by his architecture practice, particular mention should be made of the garden of Vil·la Cecília, the restoration of Park Güell and the Vila Olímpica residential complex in Barcelona, Móra d’Ebre Hospital in Tarragona province, the La Granja steps in Toledo, the restoration of the Passeig de Ronda on Palma de Mallorca and the restructuring of the Kumamoto Annex Museum in Japan, for which he was awarded the Belca Prize in 1995.

In 2008 he was awarded the Ramon Llull Prize by the Government of the Balearic Islands and, in 2011, the Gold Medal of the Consell Insular d’Eivissa for his professional career. In 2016, he received the National Architecture Prize jointly with José Antonio Martínez Lapeña, with whom he has shared his professional practice since 1968. His books include Hubiera preferido invitarles a cenar (Pretextos, 2005).

President of the jury of the European Prize for Urban Public Space in 2006.