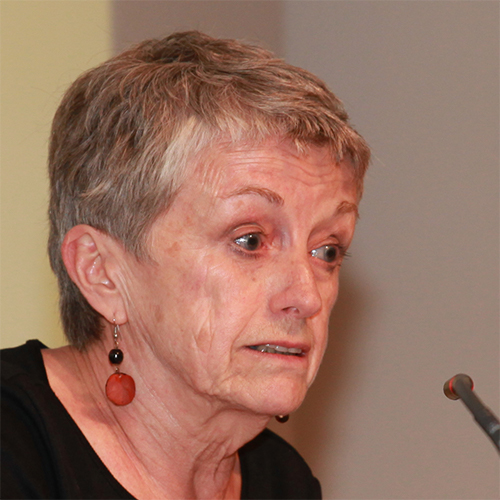 Writer and emeritus professor at the Open University.

Doreen Massey (1944) is one of the most influential geographers of our times. Emeritus Professor at The Open University (United Kingdom) and author of such publications as World City (Polity Press, 2010), For Space (Sage Publications, 2005) and Space, Place and Gender (Polity Press, 1994), Massey coined the term “power geometry” and has authored in-depth studies on the theory of space and place from a critical perspective on such contemporary phenomena as globalisation and local realities, inequalities in the regional development of urban areas, and political commitment in geographic analysis.