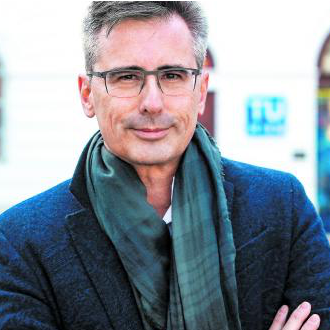 After studying Architecture at the University of Vienna and the ETH Zurich, he is now a lecturer and dean in the Institute of Construction Sciences at the Vienna University of Technology. Since 1995 he has been president of Architekturstiftung Österreich (Austrian Architecture Foundation). He was also curator of the Austrian contribution at the Venice Architecture Biennale in 2014.

His publications notably include the books Das Schone, Das Wahre Und Das Richtige: Adolf Loos Und Das Haus Muller in Prag (Vieweg, 1989) and Anton Schweighofer – Der stille Radikale (Springer, 2001), among others. Since 1992 he has been architecture critic for Die Presse and Architektur & Bauforum. Moreover, he has been president of the Austrian Federal Chancellery Building Culture Advisory Board since 2015.