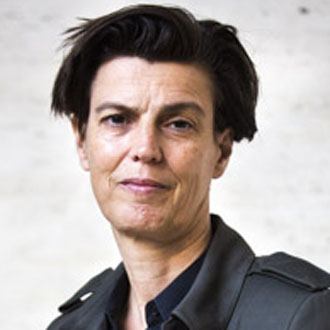 Carolin Emcke is one of the leading voices in the German intellectual and cultural scenes. She is a columnist for the newspaper Süddeutsche Zeitung and has been an editor and international reporter for Die Zeit and Der Spiegel, during which time she travelled to several conflict zones including Colombia, Kosovo, Iraq and Afghanistan. She studied Philosophy at the London School of Economics, Harvard, and the Institute for Social Research in Frankfurt where her supervisor was Axel Honneth, and she has lectured in different academic centres, among them Yale University. She presently combines her journalistic work with curating and presenting the (Conflict Room) panel discussions in Berlin and the ABC der Demokratie> forum in Hannover. Her work denouncing violence, xenophobia and LGBT-phobia, and in favour of human rights has been recognised with such awards as Peace Prize of the German Book Trade in 2016 and, in 2008, the Theodor Wolff Prize of the Federal Association of German Newspaper Publishers. Two of her books have been published in Spanish: Gegen den Hass (Contra el Odio, Taurus, 2017) and How We Desire (Modos del deseo, Tres puntos, 2018).