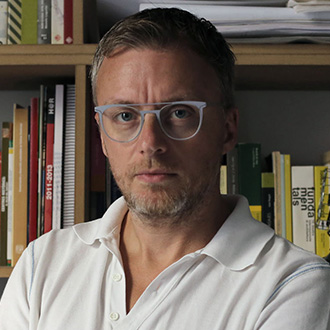 He studied Architecture in Florence and holds a PhD from the Polytechnic University of Barcelona, where he teaches History of Architecture. He has won the competition for the reform of the largest historic square in Italy, in Prato, and has coordinated the rehabilitation project of the former Macson factory as the new headquarters of IED Barcelona. His practice is mainly focused on interior, architectural and urban refurbishment in historic contexts. His articles on heritage, tourism and gentrification have been published in scientific journals. His book "Barcelona Supermodel" has won the City of Barcelona Award in 2016. He’s a founding member of the think-tank “Post-Car City” and a consultant in conservation and promotion of local heritage.