“The Car is an Antiquated Form; It Belongs to the Twentieth Century” 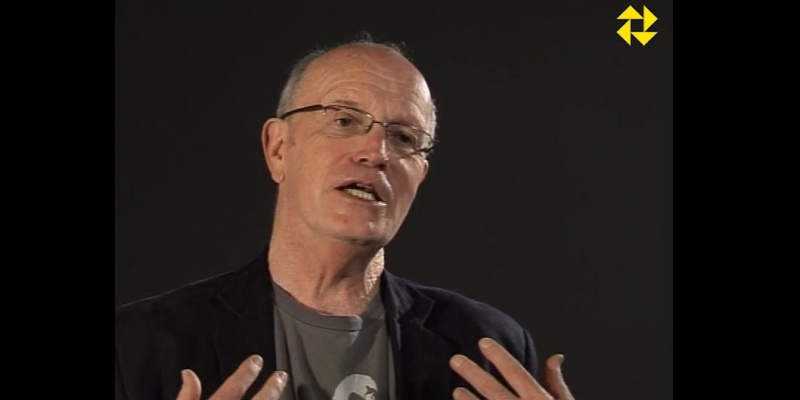 The writer and film director Iain Sinclair is one of the eminent people who have come to the CCCB to share his valuable thoughts on public space.

The writer and film-maker Iain Sinclair made an interview with “Shared Spaces” on 14 May 2015, when he visited the Centre of Contemporary Culture of Barcelona (CCCB) to give a lecture entitled “The Disappeared City”. In the interview, Sinclair offered his critical views on the endangered publicness of city spaces. According to him, “the real public space is the shared memory of all of the inhabitants of the city and that memory is now challenged and reworked by people who are giving you a narrative". Moreover, he adds, this narrative "may sound exciting but very often it is also damaging and dangerous”. Such new narrative comes with the privatization of city spaces through re-generation schemes which, most of the times, are implemented without previous consultation with residents whose “lives and histories are challenged and made difficult”. Palpable expressions of the privatization are the increasing difficulties for pedestrians to freely move through the city streets. According to him, “the car is an antiquated form; it belongs to the twentieth century". Self-defined as a “walker”, Sinclair denounces that walking “is the most threatened of acts in terms of public space in cities”, not only for the priority that is given to cars, but also because of the building of physical barriers that impede free public access and indicate that a space has been enclosed, such as the area of the Docklands in London. In contrast, his favourite public space is the former burial ground of Bunhill Fields, an island of green quietness in the centre of London that offers a space to remember the city’s past and history.