“Life in Manhattan is tough and grinding; It’s easier to survive in Brooklyn” 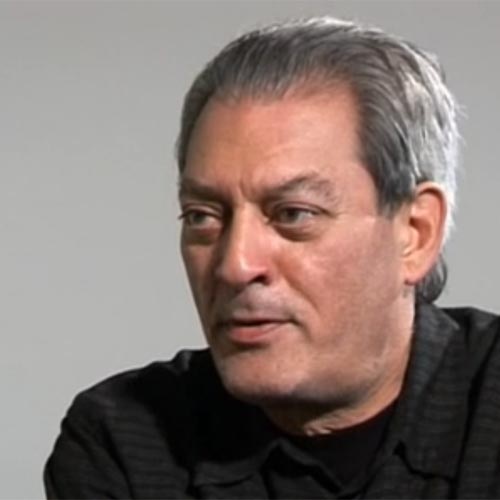 The famous writer, film director and scriptwriter talks about his relationship with the city of New York and, most especially, with the borough of Brooklyn.

Shared spaces was able to interview Paul Auster in February 2012 when he was at the Centre of Contemporary Culture of Barcelona (CCCB) for the Catalan-language launch of his autobiographical novel Winter Journal, which took the form of an exchange of views with the Spanish journalist and writer Antonio Lozano. Although his stories, both literary and in films, are frequently set in New York, Auster says that he doesn’t have a place anywhere: “I really feel an outsider everywhere I am”. Even so, he recognises that he feels more comfortable in Brooklyn than anywhere else. He has been living there since 1974, after having been a sailor on an oil tanker and spending three years in France where he was caretaker of a French farmhouse while he translated literary texts. He says that New York is a city where life is “very grinding” and “tough, day to day” but Brooklyn, the most populous of the city’s boroughs, is a place “where it’s easier to survive”. Thus, he has no plans to leave.