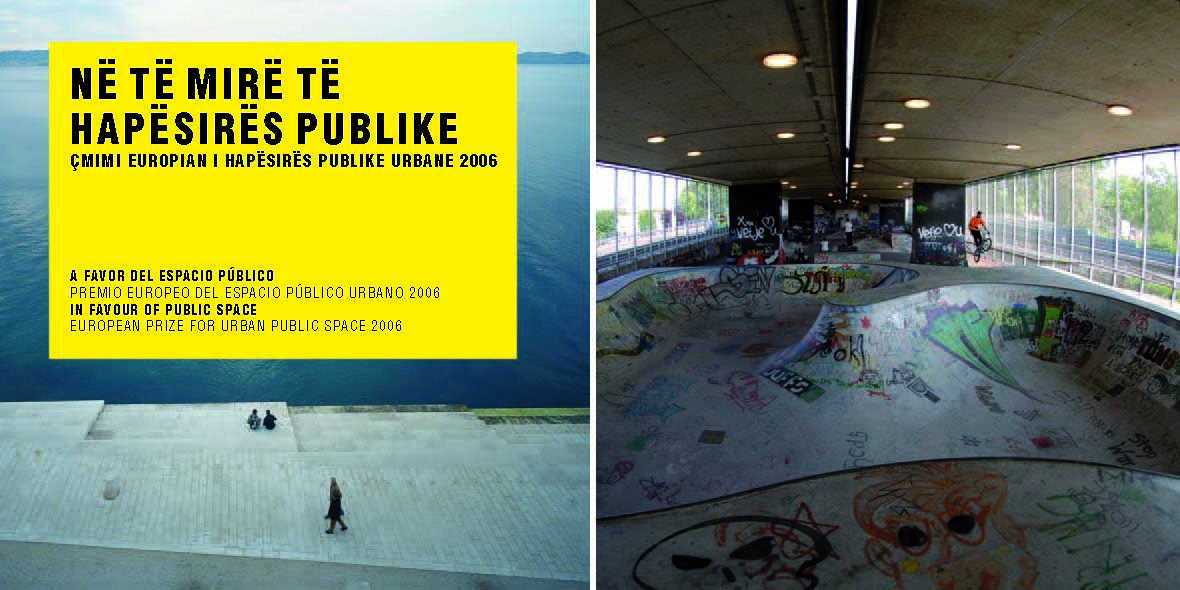 The exhibition "In Favor of Public Space. European Prize for Urban Public Space 2006", organized in collaboration with the Spanish Embassy in Albania, took place in the Gallery of the Faculty of Visual Arts from 15 October to 25 November 2007.

The debate "Urban Public Space" was held to coincide with the exhibition, this being organized in collaboration with the Institute of Dialogue and Communication and the Albanian Media Institute.

Participating in the debate were Edi Rama (Mayor of Tirana), Josep Ramoneda (director of the CCCB) and local and international architects, sociologists and philosophers who emphasized the relationship between urban space, democracy and the contemporary city.