Enric Batlle, President of the Jury for the Ninth Award of the Prize 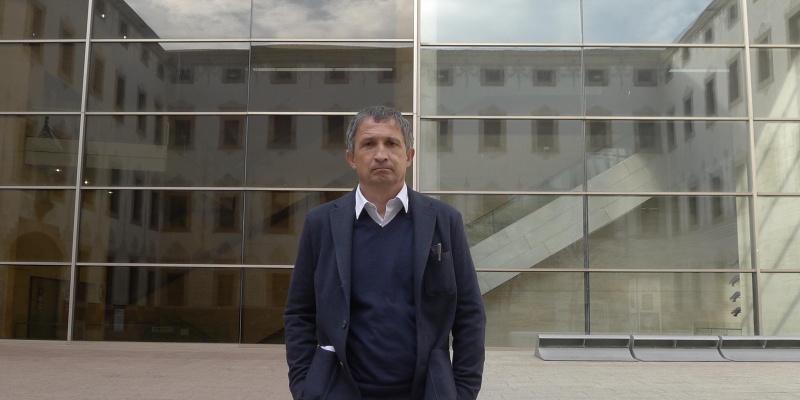 The Catalan architect is internationally recognised for his considerable experience in creating green spaces connecting landscapes in city outskirts and strengthening their ecological values.

Enric Batlle (Barcelona, 1956) is to be president of the Jury for the ninth award of the European Prize for Urban Public Space. The call for entries for the Prize is to be opened next week and the award-winning works will be announced in June 2016. This is the first time that Enric Batlle is to be a jury member and, as president of the jury, he will be following in the footsteps of other such well-known figures in the domain of Catalan architecture as Oriol Bohigas (2000 and 2004), Josep Lluís Mateo (2002), Elías Torres (2006), Manuel de Solà-Morales (2008), Rafael Moneo (2010), Josep Llinàs (2012) and Carme Ribas (2014).

Since 1981, Batlle has been working as an architect and landscape designer from his studio Batlle i Roig Arquitectes, which he shares with his colleague Joan Roig. Their well-known international work embraces a wide range of projects, most of them landscape-based, recognising and highlighting the value of the environment. Notable among Batlle’s work is the landfill and recovery of the landscape in the metropolitan area’s Vall d’en Joan rubbish tip (Begues, Spain 2013), the winning project in the third award of the European Prize for Urban Public Space (2004). Among their other outstanding projects which are published in the Prize Archive are the Atlantic Park in La Vaguada de las Llamas (Santander, Spain, 2007), a finalist in the 2008 award, and the environmental restoration of the River Llobregat (El Prat de Llobregat, Spain, 2010).

Since 1982, Enric Batlle has combined his professional work with teaching. A member of the Department of Urban and Regional Planning (DUOT) at the Polytechnic University of Catalonia (UPC), he has taught in the Barcelona School of Architecture (ETSAB-UPC) and in the School of Architecture of the Vallès (ETSAV-UPC). After graduating from ETSAB in 1980, he went on to obtain a PhD in Architecture from the DUOT with a thesis titled “El jardí de la metròpoli: del paisatge romàntic a l’espai lliure per a una ciutat sostenible” (The Garden of the Metropolis: From Romantic Landscape to Free Space for a Sustainable City), for which he received the UPC’s Extraordinary Award as well as the Lluís Domènech i Montaner Prize for Architecture and Criticism. His study, published with the same title by Gustavo Gili in 2012, was also awarded the 2012 FAD Prize for Theory and Criticism. The Shared Spaces section of this website offers an interview in which Batlle reflects on the role of natural spaces in European cities.