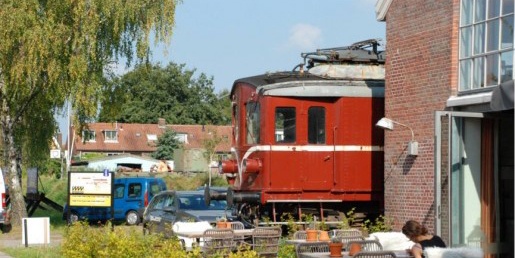 Discussion between British and Dutch architects on urban planning and its complexities.

The event was presented as part of the "Shared Cities" exhibition in association with the Architecture Foundation and through the support of The Embassy of the Kingdom of the Netherlands in London.

The panel discussion brought together architects from the UK and the Netherlands who share an approach to the practice of urban design. For each panelist, urban design represented a two-fold activity: catching multiple desires and investment flows and steering them in such a way that they support and amplify each other. Pioneered in this country by practices such as East, this sensibility is proving of increasing relevance to architects operating in the post-economic crash Netherlands.

Led by the Dutch architect Hans van der Heijden, the discussion considered the value of an approach grounded in pragmatism, realism and locality versus one focused on idealism and form-making. In parallel with the event, an English translation was produced of Hans van der Heijden’s research paper, Catch and Steer which addresses the work of East and the firm’s former director Mark Brearley.

The speakers in the panel were: